The claim went to trial in 2019. After several years of discussions, Grey County and SON have reached a settlement that includes the transfer of approximately 275 acres of County forest in Georgian Bluffs known as the Mountain Lake forest property.

Grey County is the first municipality involved in the claim to reach a settlement. SON will continue to pursue its legal claim against the five remaining municipalities and the federal and provincial governments. The full terms of the settlement are confidential, but Grey County has included the property in the settlement in the spirit of reconciliation, and without any admission of liability on the County’s part.

“This settlement provides some closure to a long-standing claim, but I hope it can also be the beginning of more conversation, more understanding and a stronger relationship between Grey County, SON and the Anishinaabe people,” said Grey County Warden Paul McQueen.

“This agreement is an important step forward in a long history of our communities working towards righting a wrong,” says Chief Lester Anoquot of Chippewas of Saugeen First Nation. “We are happy and hopeful that we are taking this step with our neighbours towards building a better understanding and a stronger future alongside one another.”

Chief Greg Nadjiwon of Chippewas of Nawash Unceded First Nation says, “The recognition of our connection to and ownership of our lands throughout our territory has always been the objective of our struggle and our legal claim. It is important and meaningful to us that this agreement includes Grey County conveying lands at Mountain Lake to settle their portion of our claim.”

Grey County Council must formalize the land transfer by passing a by-law at its next meeting on October 8. County staff will be reaching out to the community and will host an online information session about the land transfer in October. After the transfer is complete, the property will continue to be subject to all regular land use planning policies and procedures.

SON is made up of two First Nations – the Chippewas of Saugeen First Nation and the Chippewas of Nawash Unceded First Nation – with a shared history and ancestry. SON’s traditional homelands – or its territory (see attached map) – includes the Saugeen (Bruce) Peninsula and about 1.5 million acres of land to the south of it, stretching from Goderich to Collingwood.

SON launched a claim related to some of the lands on the Peninsula 25 years ago against Canada and Ontario. The case is about the actions of the British Crown who, in 1836, pressed SON to surrender 1.5 million acres of its lands south of Owen Sound. In exchange, SON says that the Crown made an important promise: to protect the Saugeen (Bruce) Peninsula for SON, forever. But, 18 years later the Crown came back for a surrender of the Peninsula.

SON’s legal action says that this was a breach of the duty the Crown owed to SON, and that the Crown misled SON in the negotiations leading up to the surrender. It seeks the return of lands on the Peninsula that are still owned by Ontario or Canada or have not been bought and paid for by third parties.  As such, SON’s claim also includes some municipal road allowances and shore road allowances. That includes roads owned by Grey County.

The agreement between Grey County and SON settle the portion of the claim against Grey County, but the claim is continuing against Canada, Ontario and the five remaining municipalities.

The trial began in April 2019, and closing arguments are scheduled for October 2020. 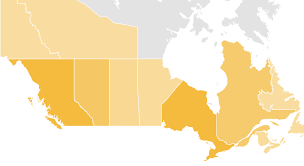 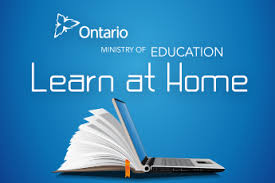